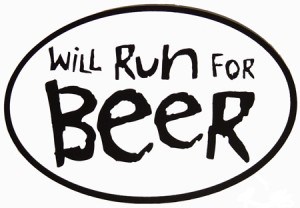 Beer and running just happen to be two of our favourite things and over the last few years beer runs have exploded across North America. From “Beer Mile” events which consist of drinking 4 beers over the course of a mile to beer themed events which feature runs between breweries or in conjunction with a beer festival the choices are growing every year. In the Ottawa, Ontario area there are a number of options including:

August 29, 2015
Ottawa, Ontario
5k route starts and ends at the Aberdeen Pavilion and takes you on a scenic loop along the Rideau Canal
Cost: $50
Includes: Local craft beer and two passes to the Ottawa Craft Beer Festival
More info – http://www.ottawacraftbeerrun.ca/

Find information on more than 20,000 races across North America at Raceclicks.com